Balancing competition and collaboration: one needs the other

In a culture of ‘winner takes all’, collaboration may be for wimps; until competition becomes the dominant practice, that is. However with dominance also comes rot, which manifests in many areas of an enterprise. Of course, this is not case with all organisations, but history tells us it is an expected norm, not an anomaly. It’s only with the benefit of hindsight that management gurus are able to tell us why that is. 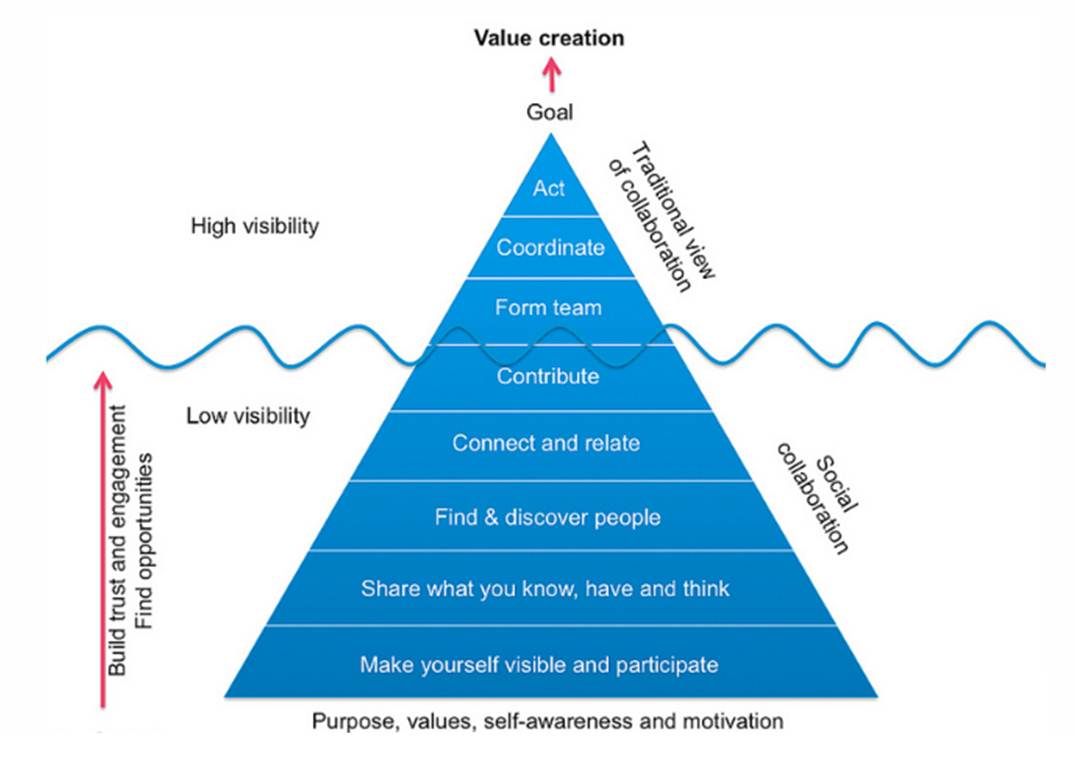 Credit: Collaboration at work is the new competition by Lea Green: Source: http://blog.pgi.com/2013/05/collaboration-at-work-is-the-new-competition/

One habitually omitted feature of collaboration is that it can push competition to a new level. Parties that collaborate are less likely to cut corners. In fact, I would go so far as to argue that serious collaboration is more likely to increase transparency between parties, and thereby avoid behaviours which are akin to cutting corners and substandard performance. There is no lack of arguments that talk about the ‘dark side’ of collaboration. Sometimes, these are wrapped around ‘high costs’; sometimes they are about ‘complexity’, and often ‘risk’ factors are evoked. However, none have stopped many organisations from continuing to explore and fine tune their collaborative practices. As the discipline matures, so too does innovation in strategy become clearer. It all boils down to how well the job of collaboration is done.

How much any business can take advantage of collaboration depends a lot on the nature of relationships at the senior management level. For instance, it really matters how a CEO sees other senior managers in respect to their importance to competition and growth. Traditionally, and this has been the case for decades, typical relationship trust is developed between a CEO and his/her chief financial, operations and marketing staff. In all, a lot of trust is built around roles that are crafted around the capacity for immediate response. A senior R&D manager is rarely included in the inner circle. Staff who are long term focused lose out to the urgency of imminent challenges. It is interesting, as has been pointed out by the likes of Richard Foster, a former director at McKinsey, that these relationships are not universal. In Japan, for instance, R&D senior managers are held closer to the top of the decision making circle.

One doesn’t require a great deal of imagination to see the link between roles such as Chief Collaboration Officer and R&D or Chief Information Officer and the like. They are concerned with creating long term advantages and their capacity to execute organisational potential depends on relationship structures as much as anything else. The importance of the functional relationships explained above is vital for forming a sound basis on which a business can actually recognise that collaboration is a driver that allows exploration of comparative advantage as well as competitive advantage in relation to its collaborating partners. Put simply, collaboration can help in creating a new and unique business offer. This does not only have to be observed in the quality of the end product, but also in the process by which the product is created. We are increasingly recognising that consumers appreciate the story behind the product as much as they appreciate the product. This means two virtually identical products can be accepted by consumers in vastly different ways because they are produced differently. Creating the difference that matters in an enterprise’s competition strategy is what collaboration with competing partners can accomplish and that otherwise may be not possible.

The openness, trust and transparency of collaboration are precisely the factors that demand genuine competition, devoid of empty claims. As has been regularly observed, a shortage of trust and lack of fully shared purpose are well trodden paths to “what could have beens”. The idea of trust is supposed to be about being pushed to understand your own business better, as well as being focused on innovation which is contextualised by the unique set of circumstances each business operates by. Collaboration allows each party to reflect more critically at themselves because the proximity of a relationship with competing partners can easily cut through the usual spin that businesses rely on. Your collaborating partner is a partner who may play devil’s advocate, and that is priceless in any enterprise which does not want to be caught napping. Failing to recognise this puts collaboration at risk of being not much more than a networking function in a hotel lobby.