Creativity matter. It always mattered. It matters in everyday life and business alike. As we slowly evolve into the ‘homo colaboratus’ species, creativity is also becoming a prerequisite. But, despite an unprecedented level of writing and advice on how to tap into one’s creative inner hero, researchers point out that creativity in business is not just a matter of having a wild imagination and lots of ideas. In fact according to Barry M Staw, a highly respected researcher in the field of creativity, the most creative workers also tend to be risk takers, nonconformists, persistent, flexible and those that put in long, hard hours. For more on this, let me direct you to a previously published Roadmender piece here. The selection of articles about creativity in this edition of ROADMENDER Recommends should be enough to get you thinking on how creativity can enhance your own collaboration practice.

12 Ways To Instantly Be More Creative

All jobs require creativity in some form or another. Because of this, we’ve all probably been stumped at work before. The worst part? It’s not always easy to get out of a rut. To help with that, here are 12 strategies to try to get that creativity flowing again. Personal favourites include trying a new ice cream flavour and going outside…READ ON

What I learned about creativity from Pixar’s Ed Catmull 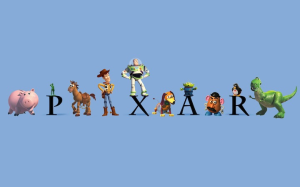 In business, what factors foster creativity and engender success? Conversely, what factors stifle creativity and endanger success? Ed Catmull, the president of Pixar and Disney Animation (otherwise known as the guys that brought us Up, Finding Nemo, Frozen, Tangled and many other animated hits), has more than a few intriguing ideas about creativity and success. Catmull explored many of his insights in his new book, co-authored with Amy Wallace, Creativity Inc.: Overcoming the Unseen Forces That Stand in the Way of True Inspiration…READ ON

10 Things Creative People Do That Lead To Success

One of the marks of a truly successful individual or company is how innovative they are. The creativity it takes to be truly innovative is what successfully separates one business from the rest. Creativity can accelerate a company’s profits and growth beyond that of its less-innovative competitors. The added benefit is that the creativity and the resulting innovation is unique to the creator — the individual or company that came up with the idea…READ ON

The Secret To Finding Creativity In An Uncreative Job 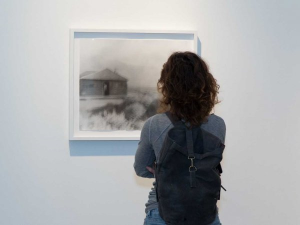 Your job might be dry, but you can still find ways to be creative.

We often think that creativity is reserved for artistic pursuits. Even in agencies, “creative” often means those who work on design and copywriting. But creativity isn’t owned by any role, department or job description; it’s a process that everyone goes through. We all need to create new ideas, connections and solutions…READ ON

Want your business to appear in Entrepreneur magazine? Tell us how you’re empowering employees, and you could be selected for a full-page promotion provided by Colonial Life. On the unpredictable road of entrepreneurship, it can be immensely helpful to receive guidance and advice from those who have travelled those roads already. Their experiences, distilled into teachable information, can help the rest of us avoid common pitfalls. Although their advice should be treated as a source of inspiration and not prescription, you can avoid a lot of useless theory by listening…READ ON

If You Want Female Employees To Be Creative, Don’t Make Them Compete At Work

Women tend to work well in teams, but don’t try pitting those teams against each other. It probably won’t end well. That’s the message from a recent study out of Washington University in St. Louis, which found that engaging workplace teams in competition is a sure-fire way to hurt creativity of the teams that are composed mostly or entirely of women. On the flip side, competition provides a creative advantage to majority male or male-only teams…READ ON

Tagged as: 10 Must-See Videos on Business, 10 Things Creative People Do, collaboration and crativity, creativity from Pixar’s Ed Catmull, Secret To Finding Creativity In An Uncreative Job