Value! Such a simple concept. And yet any discussion about it is bound to get us into all sorts of arguments. I am a big admirer of the principle that looks at business decision-making through value measures; whereby things that do not add value are a waste and should be discarded. This is part of the lean management approach which applies in equal measure to the way we collaborate. But what about collaboration as a value add to a company’s market worth? This week’s selected reading includes an interesting piece by David Ulrich and Allan Freed who point out that many intangibles (such as collaboration, leadership, brand) are becoming a part of the mix of data that investors look at when deciding on the value of a business. I for one found it very interesting that only about a half of any business’ significance is based on estimates of financial data. No wonder investors need better insight. So, as far as collaboration is concerned, it too can make a major difference, not just in terms of competitive capacity. The remainder of this week’s selection of articles may help you build value, using better collaboration as part of your business’ overall worth.

Calculating the Market Value of Leadership

In recent years, investors have learned that defining the market value of a firm cannot just be based on finances. GAAP and FASB standards require financial reporting of earnings, cash flow, and profitability – all measures that investors have traditionally examined. But recently, these financial outcomes have been found to predict only about 50% of a firm’s market value. Another challenge is that this financial information has become widely known and shared, meaning that the investor insights it affords are hardly unique…READ ON 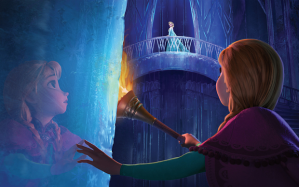 Frozen is the highest-grossing animated film so far Photo: Disney

It’s a story that could have been scripted by Walt Disney himself. An iconic American animation studio lurches from an illustrious past to a decade of famine. Changes are made and the next 10 years bring a decade of plenty. For Walt Disney Animation Studios, such fiction has become reality. After success with 1994’s The Lion King, the animated arm of the Walt Disney empire appeared to have lost its way. It was also losing money to such an extent that there was talk of it being closed down. However, the studio rediscovered the hit-making formula after the acquisition of Pixar nine years ago, making blockbusters including Frozen, the highest-grossing animated film so far…READ ON

Managers With High Talent Twice as Likely to Be Engaged

Managers in businesses and organizations who have been identified as having high managerial talent — a natural capacity for excellence — are twice as likely to be engaged (54%) as managers who have limited talent (27%). Those who possess “functioning” or moderate talent are also significantly less likely than the most talented group to be engaged at work…READ ON

Introverts, Extroverts, and the Complexities of Team Dynamics

From Marco Polo to Mark Zuckerberg: The Evolution of the Entrepreneur (Infographic)

No one knows for sure who the world’s first entrepreneur was. It’s too bad because it would make a great story. To find him or her, you’d have to go as far back as before the written word, before recorded history. Alas, the mystery pioneer shall remain unknown. But we do know that, while entrepreneurs have little choice but to evolve with the times to stay relevant, many of the key traits that make them the enterprising outliers they are have remained the same throughout the ages…READ ON

How To Run A Business Without Any Bosses

The word “management” makes a lot of people cringe, especially in Silicon Valley. No one wants to be managed if you ask them. Management is associated with people-watching, tracking, lack of trust and a lot more things which aren’t necessarily true under great managers…READ ON

Transform your email server into a collaboration platform 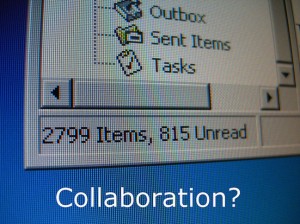 I once ran a small Web development team at Byte magazine that became my laboratory for an experiment in group communication; that, in turn, became my 1999 book “Practical Internet Groupware.” At the core of that book was a notion that for teams — and for whole companies — it would be useful to flip the default privacy setting on electronic communication in the workplace…READ ON

Tagged as: collaboration stretegy, Complexities of Team Dynamics, email server into a collaboration platform, employee engagment, How To Run A Business Without Any Bosses, Market Value of Leadership, Revolution in collaboration, The Evolution of the Entrepreneur