One day you may find yourself in a position as Director of Collaboration, reporting to a Chief Collaboration Officer. The career prospects for such work are now a reality, however are yet to reach full potential. To help you along the way to what could be the most exciting job in your life, here’s this week’s selection of recommended reading. On the slightly entertaining side, don’t miss the last article about the human voice and what yours says about you.

Who Moved My Cube? 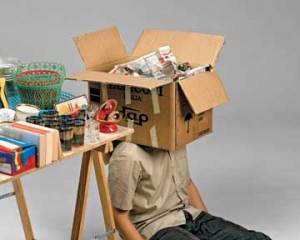 Managers once discouraged, even forbade, casual interactions among employees. To many bosses, chitchat at the watercooler was just a noisy distraction from work. Today we know that chance encounters and conversations on the job promote cooperation and innovation, and companies craft their floor plans and cultures with this in mind. The results have been surprising—and often disappointing…READ ON

Is The CMO Becoming The Chief Collaboration Officer?

In the past, the role of a marketer was much simpler. Marketers would work in the comfortable silo of the marketing department. We didn’t have to spend much time interacting with other “less-important” departments because we were the kings of the castle. The builders of the brand. The generators of leads. Life was good. Wow, have things changed. Today, the role of a marketer is increasingly complex, requiring more cross-functional collaboration than ever before…READ ON

Creating curriculum, and in particular, project-based learning units, is like telling a story through lesson design. The story I have been telling these past two weeks centers on blossoming young inventors looking to solve the minor but irritating problems of our day-to-day life. As a language arts teacher who loves science, this kind of unit excites me — and that excitement trickles down to my middle school students…READ ON

Achieving this ambitious goal is not without its challenges, and states find themselves grappling with important issues as they take steps toward implementation of a public safety LTE network. There isn’t a one-size-fits-all approach for states to follow with regard to FirstNet. Because this is a new concept for our industry it will take some time for best practices to emerge. There seems to be widespread agreement, though, about some hurdles that need to be overcome:..READ ON

Why Smart People Struggle with Strategy

Strategy is often seen as something really smart people do — those head-of-the-class folks with top-notch academic credentials. But just because these are the folks attracted to strategy doesn’t mean they will naturally excel at it. The problem with smart people is that they are used to seeking and finding the right answer; unfortunately, in strategy there is no single right answer to find. Strategy requires making choices about an uncertain future. It is not possible, no matter how much of the ocean you boil, to discover the one right answer…READ ON

Are these the 50 most influential women entrepreneurs in Australia?

Rare Birds, the women’s entrepreneurial community founded by Jo Burston, has launched a book featuring 50 inspiring women entrepreneurs and is set to open a paid mentoring program in March. Burston selected the 50 women for the book, titled Rare Birds: Australia’s 50 Influential Women Entrepreneurs, based on her assessment of their influence rather than revenue or net wealth or other monetary yardstick. It was not easy to choose, with Burston saying she “could have started with 500 women rather than 50”…READ ON

Here’s What Your Voice Tells Others About You 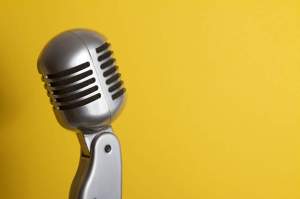 “The result: speakers with higher-pitched voices were judged to be less truthful, less emphatic, less potent, and more nervous than speakers with lower-pitched voices. Also, slower-talking speakers were judged to be less truthful, less persuasive, and more passive than people who spoke more quickly. “Fast-talking” may be a cliché description of a sleazy salesman, but chances are, a little speedup will make you sound smarter and more convincing. And if two speakers utter exactly the same words but one speaks a little faster and louder and with fewer pauses and…READ ON