The obsession, well I can’t find a better word, with capacity building as a way to fix social problems has become a political dogma. We fear any attempt to innovate our approaches so much that it could almost be career suicide to attempt to explore, let alone argue for, an alternative.

Capacity building is expensive. It’s almost welfare. One problem with capacity building is that it has populist appeal which has been pretty much grounded by the mythology that ‘you give a person a fish and you feed them for a day; you teach them to fish and they are fed for life‘.

Nothing wrong with that wisdom. In fact it is really as relevant today as ever before. The major issue though, is that measures we use to build capacity are heavily slanted in favour of the classic human problem; we judge results based on our effort and the way we feel about our work. Perhaps more problematic is the way programs are endorsed based on their popularity, despite often questionable evidence which is used to justify investment. 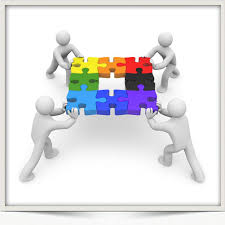 One of the examples that illustrate the point, at least in my mind, is the famous DARE program (Drug Abuse Resistance Education), which was popular, well-funded and held in high esteem but not really effective in delivering what it promised. Despite the disparity between the program’s claims and its actual results (which were investigated independently numerous times), its popularity never waned among government authorities. As a side note, I was always puzzled by the idea that many generations of university students who were given this information could have easily been agents of change and advocate for better solutions, and yet mostly chose to comply with their employers who were taken by the popularity of the program.

In a similar vein, because of the popularity of the ‘capacity building’ narrative, we have had a rush of social entrepreneurs who are well-meaning, too marketing savvy for their own good and a bit lacking in deep thought; precisely because they are privy to a ‘ready-made’, socially and politically correct (SAPC) narrative that everyone understands, likes and believes in.

I think that it has become very easy for governments to be good governments by allocating a lot of our wealth to capacity building, even when it is such an entrenched narrative. Who could question a government that allocates millions to the NFP sector to teach people in need how to fish? Who could look at corporate Australia in an unfavourable way for spending millions in the name of CSR when it makes perfect sense to respond to the NFP sector which seems almost religiously dedicated to capacity building that it has stopped innovating and is losing its imagination at a rapid rate.

I have no doubt that capacity building will continue to feature as a strategy for development for some time yet. I am not opposed to it as I believe it offers value, and in many situations, particularly in respect to international development, may in fact be the most feasible option. The difference though is how the game evolves given the innovation (both technical and non-technical) and its impact on capacity building. I am particularly interested in the way collaboration practice offers not just different perspectives but also new possibilities. Collaboration, as I often say, is as disruptive as entrepreneurial practice. It is with that in mind that I see the value of re-imagining capacity building as more of a contested space full of potential for innovation.

Another area that cuts across capacity building and collaboration almost intuitively is the concept of ‘inclusive business’; the idea being that enterprises can be conceived as places where social impact, economic growth and financial dividends coexist. Capacity building then may be a mediating process that is less prescriptive in respect to outcomes but more devoted to impacts resulting from a broader range of emergent practices. These ideas should be tested further now that we are confronted with accumulated challenges which offer opportunities for collaboration on a whole new level.

Stay up to date with Roadmender by clicking on the ‘Follow’ button, below right